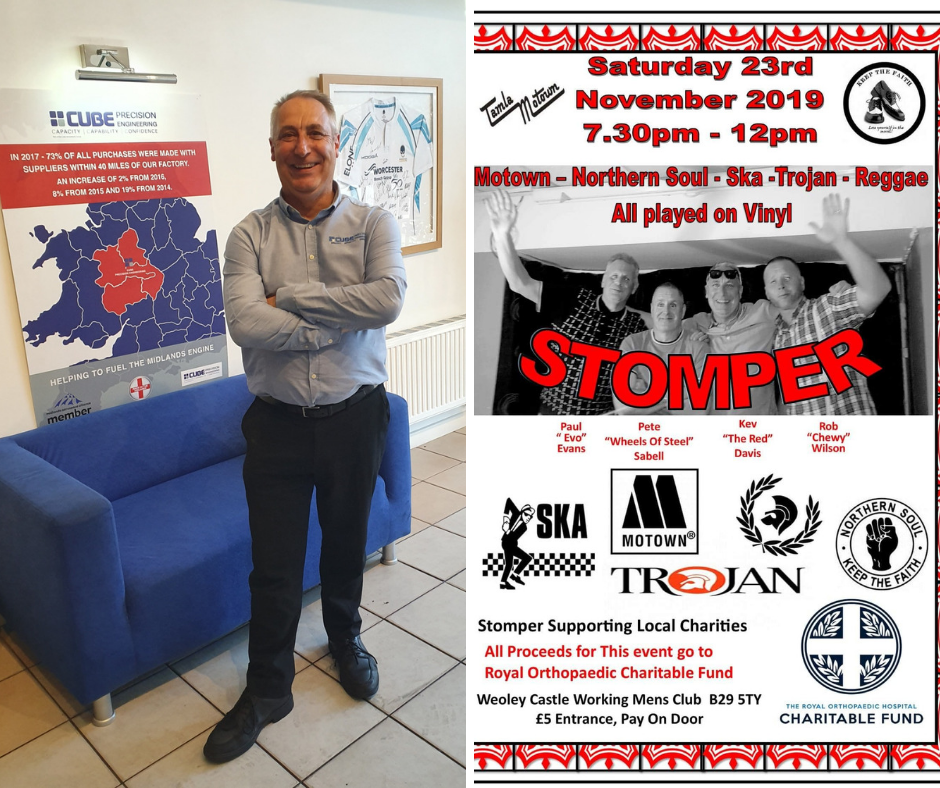 Kevin Davis, our Aerospace and Defence Sales Manager has been with us now for almost ten years.

Kevin joined the Purchasing team at Cube in June 2010, when the company was just six months old. Previously Kevin had been Production Manager for various different tooling companies within the local area.

‘When I joined Cube in 2010 there were just 16 people employed in the company including the directors, we now have a team of over 40. As the company grew my role changed from within the Purchasing team to helping out with quoting and meeting new customers, it was a natural progression into my current role as Aerospace and Defence Sales Manager.

It’s a great culture at Cube, there’s a solid core of people that have been there for a number of years, everyone gets on and we all work as one team, pulling in the same direction.

Cube has now become an established and recognised name within both the Aerospace and Automotive Industries. Most of the new projects that come through to us have been through recommendation and we’re proud of the high level of service that we deliver to our customers, in fact in our recent survey 100% of our customers would recommend us.

From my experience over the years that I have worked for Cube, it has been their continual investment in their team, machinery and new technology that has led to their success as a business. In fact, we’re expecting the delivery of a new MTE BF3200 CNC Milling machine next week.’ Kevin also has a philanthropic pastime, where he combines fundraising with his DJ talent through an event called Stomper. Last year they managed to raise £10k for their chosen charities. You can find out more about Kevin and his musical talents in a previous blog that we wrote.